Two Short Tales of “What Could Have Been”

In obtaining finance, whether business loans or home loans, you need to be sufficiently strong in capital (generally equity or cash) and cashflow (or serviceability in home loan speak). Being overly strong in one will not compensate for a deficiency in the other in the eyes of the credit assessor. You need to be adequate in both.

Following are two actual cases of people making fairly innocuous finance related decisions, but which prevented them from reaching their larger goal. The first case involves cashflow, and the second capital. The moral of the stories…

A business owner decided to buy a new vehicle and finances it with a chattel mortgage. No capital was expended as the vehicle is 100% financed, but the monthly repayments cut into his cashflow.

Later down the track he wanted to buy a house. He had cash for 20% equity plus costs, but due to the monthly chattel mortgage payments, he didn’t meet the serviceability requirements of the bank. His loan was declined.

This is an all too common scenario. He should have purchased the house first, as serviceability assessments for home loans are a lot more stringent than for equipment finance. After the home loan settles, he would have had no trouble getting the vehicle loan.

Just Jack (the boy who kept the beans in his pocket)

About 5 years ago I met a builder who wanted to do small property developments (3 to 5 units). He owned an infill site that was ready to go with his first development of 4 residential units – DA, Plans, Feasibility. After completing his first, he wanted to roll onto another site, and so on. All he needed was finance for his first project. However he was short on capital and unable to get the finance he needed.

In addition to his home, he had an investment property which was never going to be suitable for development. He wanted to sell it, “when the price was right”.

I suggested he sell the investment property now as the net proceeds would have provided sufficient equity to get his first development underway. However he couldn’t let it go for “the wrong price”

Five years later, while residential construction was booming all around him, he’s still sitting on his development site, paying high interest on non productive land. He could be on his fourth or fifth project by now.

This is a classic case of tying up capital where it’s least productive in terms of objectives (imagine if Jack never grew the beanstalk).

In the first example, the client made a decision which impacted his cashflow and prevented him buying a home. In the second example, the builder had a great opportunity, but wouldn’t free up the capital to realise it. Both were denied their bigger picture goal due to bad short term financial decisions.

Oh yes, the moral – talk to a professional finance broker about your short and longer term objectives. A good broker will treat you as a long term client, not a short term transaction.

For information on Helmut Berger, visit www.redlandsmortgagesolutions.com.au. You’ll find a link to his LinkedIn profile.

Helmut has a Bachelor of Business and Diploma of Finance and Mortgage Broking and came from an extensive banking career before establishing this broking business in 2011. if you're looking for someone who has a good understanding of banking, the tenacity to get the best deal for you, and the heart to help, please give us a call!

See more on Helmut at LinkedIn 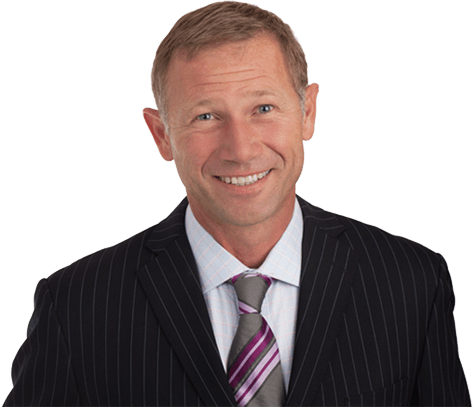